Why Drivers Aren’t Breaking Up with Acura 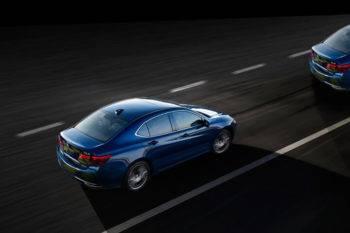 In a recent study conducted by automotive research firm iSeeCars.com to gauge which models are America’s most sold cars, it was found that of the 1.5% of new-car buyers who resell their vehicles within the first year of purchase, the breakup rate is much higher for the owners of various luxury brands, like BMW and Mercedes-Benz. That may be a surprising fact to many; what isn’t surprising to drivers of the Acura brand is that the majority of Acura owners hold onto their vehicles, continuing their love affairs with these models long after the “honeymoon period” has ended.

Acura Against the Competition

Among the most-sold luxury cars offloaded as used vehicles within the first year, the following models topped iSeeCars.com’s less-than-flattering list:

Certainly noteworthy is that the Acura brand and its models were not mentioned on the list at all. The reason? Acura drivers are, generally speaking, a satisfied crew!

When comparing Acura vehicles to the rival luxury machines mentioned, there are many reasons drivers are finding Acura’s comparable models infinitely superior and preferable. When comparing the 2017 Acura TLX 2.4 8-DCT P-AWS vs. the 2017 BMW 3 Series 320i, for instance, a lower starting price, better fuel economy in the city, and a more powerful engine are just a few of the inducements that are attracting Acura drivers again and again.

A comparison of the 2017 Acura RLX with Tech Package vs. the 2017 BMW 5 Series Sedan 530i reveals that the Acura model is priced well below the BMW and that the Acura offers roomier interior space for passengers; a more powerful engine; and various standard features that the BMW does not, including a rearview camera, Adaptive Cruise Control, leather seats, and more. Comparing the RLX to the 2017 Mercedes-Benz E-Class E300 shows a lower MSRP for the Acura as well as a significantly more powerful engine, various standard features the BMW doesn’t have, and more.

Contrasting the 2017 Acura RDX vs. the 2017 BMW X3, we see that the Acura is again priced well below the BMW and that Acura also serves up a more powerful engine and lots of standard features the BMW doesn’t have, such as a power moonroof, a rearview camera, heated front seats, satellite radio, and more.

The Results Are Clear!

As you can see, Acura’s models more than hold their own against much costlier brands, delivering superior features in many instances. To check out these outstanding Acura models in person, head over to your nearest Wisconsin Acura Dealers location or contact us today. A member of our crew stands by to answer your questions, make you a great deal, and even help you obtain financing!