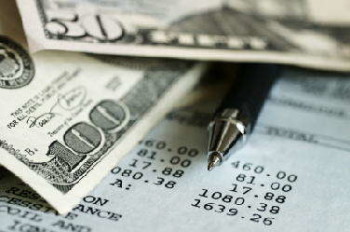 Residual value can be a mystifying concept for many drivers, but whether you buy or lease your automobiles, it’s essential to grasp the importance of this factor. Residual value is, first and foremost, an estimate of how much your vehicle will be worth after years of ownership and continual usage. Commonly, these estimates are calculated for three and five years of ownership, and oftentimes, drivers can be shocked by the differences between the residual values of various models. However, there are many guidelines and indicators that you can use to make your buying and leasing decisions much, much easier. In 2016, Edmunds.com gave Acura their coveted award for Best Retained Value for a luxury brand! Every one of their vehicles possesses a high residual value, but a few models stand out from the pack.

Top Options for Buyers and Lessees

Edmunds.com has calculated that Acura’s vehicles retain an incredible average of 47.6% of their initial value after five years of ownership. No other luxury manufacturer can match such a rating. Of particular note are three of Acura’s best-loved models, each of which received an honorable mention in their class. In the entry luxury car segment, the Acura ILX received special recognition. In the realm of SUVs, both the Acura RDX and the Acura MDX had their value acknowledged. Although these awards were given out on the basis of Acura’s residual values for 2016, this manufacturer’s 2017 ratings are even more impressive. Indeed, the residual values of Acura’s vehicles are almost always higher than those of its competitors! Find out how they compare before you buy your next car or sign your next lease.

Take an Acura for a Test Drive!

There’s no denying that residual value is an important factor for Wisconsin drivers to consider. Those who fail to take stock of Acura’s superiority will wind up losing money in the long run, either from poor leasing rates or low buy-back values. Learn more about the residual value of Acura’s vehicles, and find out how you feel behind the wheel, by contacting one of our Wisconsin Acura Dealers locations today!