2017 Acura MDX Ranked Among Best SUVs for the Money 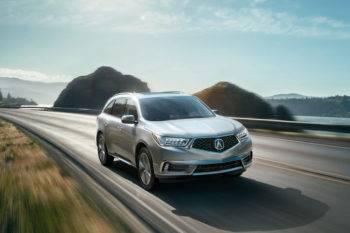 The well-loved Acura brand is no stranger to accolades, and the 2017 Acura MDX recently added another impressive one to Acura’s roster by claiming the title of “Best Luxury 3-Row SUV,” being ranked as a best SUV for the money by U.S. News & World Report. The honor was given as part of U.S. News & World Report’s annual “Best Cars for the Money” awards, which highlight outstanding cars, trucks, SUVs, and minivans of the current model year that provide both value and an exceptional ownership experience.

What Makes a Winner

The Acura MDX, named the “Best Luxury 3-Row SUV” of the year, beat out competitors like the Infiniti QX60 and the Volvo XC90 to claim the top honor. Some of the standout assets U.S. News has praised in the MDX are its balanced ride and handling, its outstanding fuel economy, and its impressive array of standard amenities, which are more numerous than those found onboard the Acura MDX’s rivals.

Some impressive changes found within the Acura MDX lineup for the 2017 model year include an updated exterior look, a new hybrid model joining the family, and the AcuraWatch driver-assist technologies being offered standard instead of just being available features.

Every year, U.S. News & World Report highlights new vehicles in 20 automotive categories that offer the most value and the best ownership experience among their peers.

In measuring quality, U.S. News uses data from its car rankings, which are established based on analysis of various credible published reviews for each given model along with safety and reliability data. Value was measured by teaming up with pricing experts from TrueCar to ascertain the average prices consumers are currently paying for new cars and by working with Vincentric to gather overall cost of ownership data. The result: A listing of 20 high-caliber vehicles that drivers can feel confident purchasing!

Consumers can check out the award-winning 2017 Acura MDX at any Wisconsin Acura Dealers location. Stop in and see us or contact us today to learn more about the incredible MDX, to take it out for a test drive, and for help securing financing so you can drive home in this exceptional SUV and call it your own. We’ll make you a great deal!