Prepare to Be Impressed by the 2017 Acura MDX Performance

Let’s start at the heart of the 2017 Acura MDX: the engine. Under the hood is a 3.5L engine that produces up to 290 hp and 267 lb-ft of torque. Paired with a 9-speed automatic transmission with Sequential SportShift paddle shifters, the result is a ride that is as gentle and subtle as it is muscular and strong. 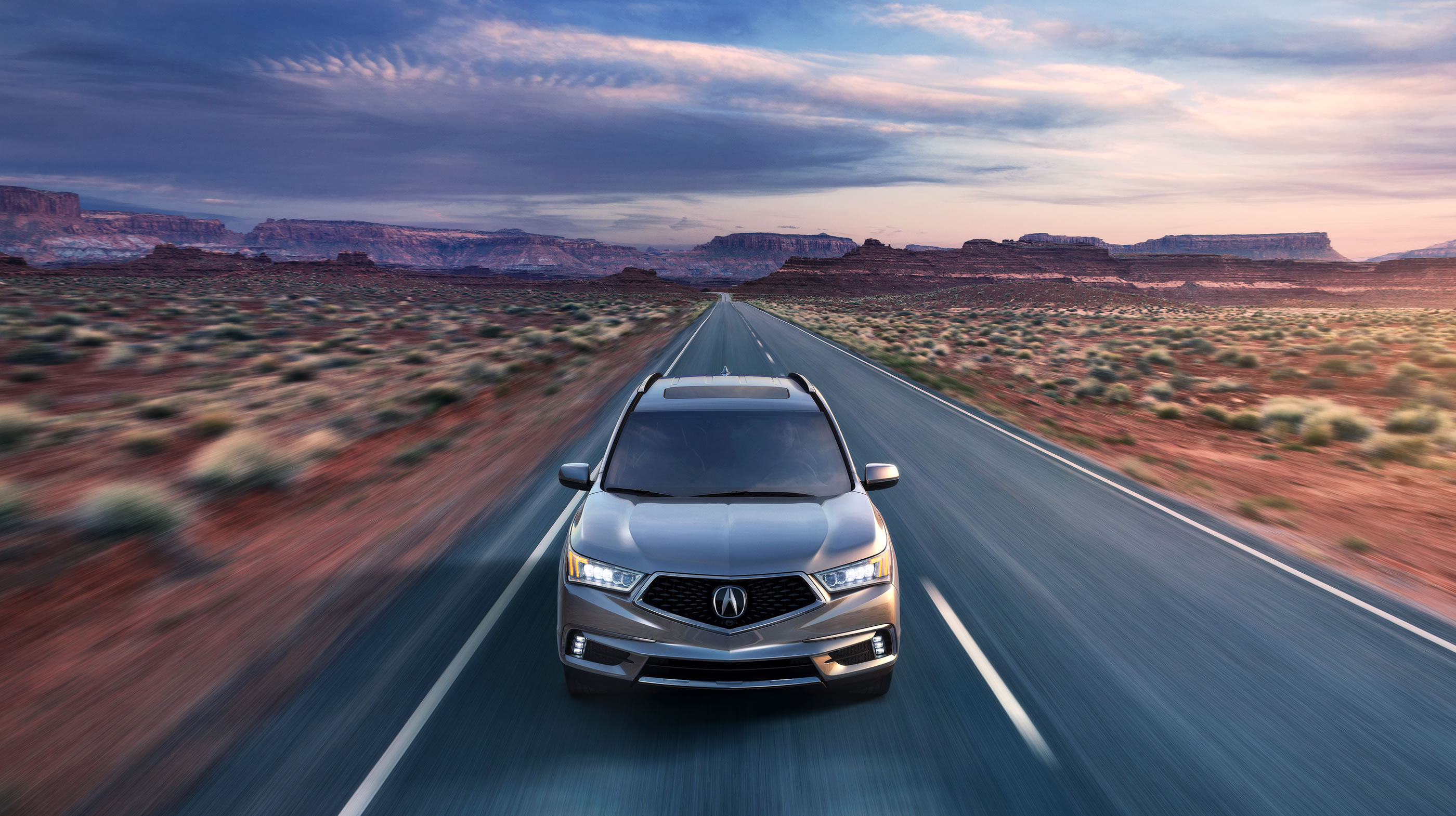 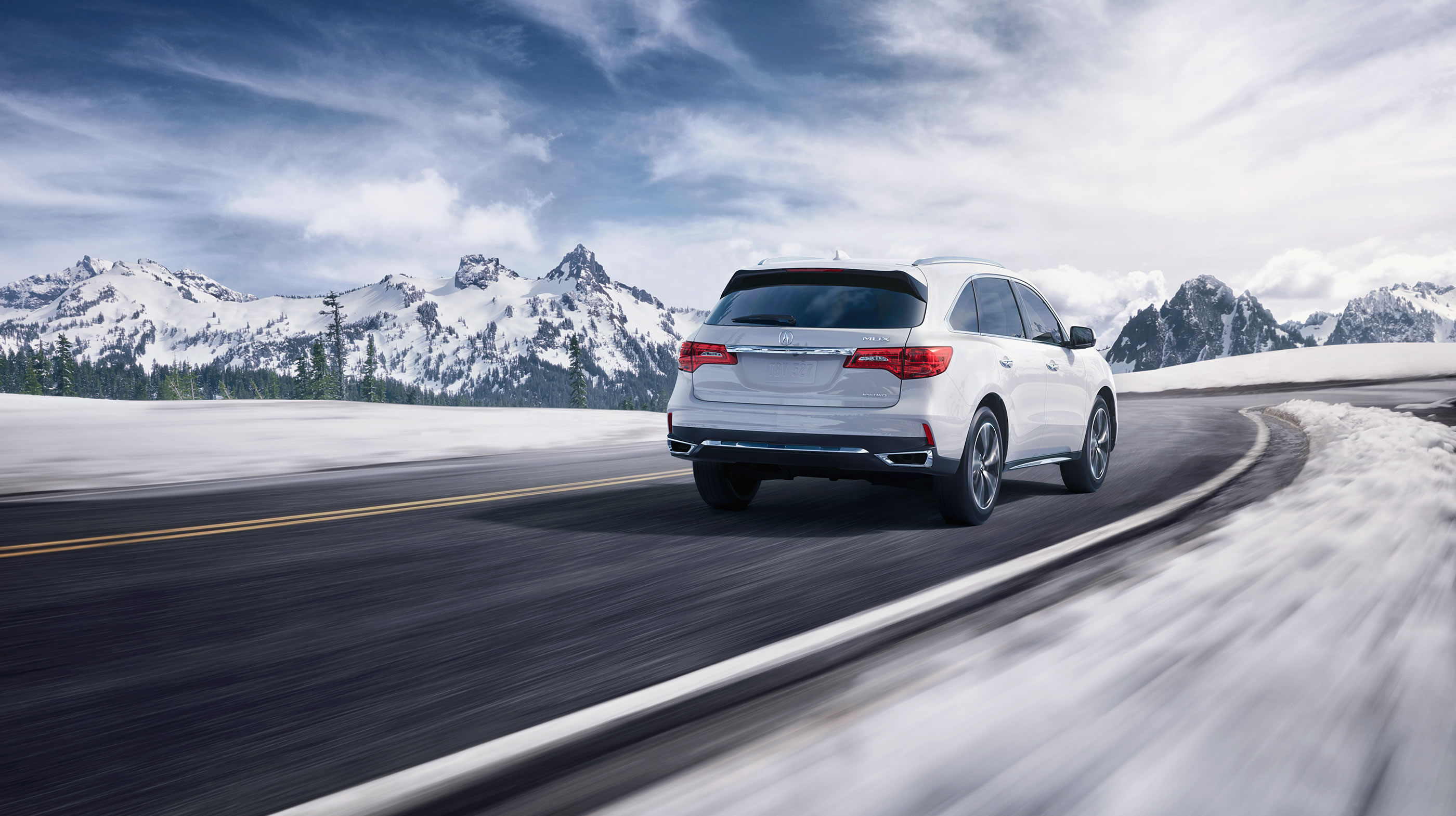 The 2017 Acura MDX comes with a choice of either an AWD or FWD drivetrain. Super Handling All-Wheel drive gives the MDX a sporty and dynamic performance, as well as added control in various weather conditions. Though AWD could be preferable for tackling Wisconsin winter roads, the FWD will have a lighter feeling behind the wheel while it boosts fuel economy and comes with a lower price tag.

The power of the engine in the Acura MDX can also handle towing jobs, bringing a touch of refinement and control to tough and heavy hauling. The MDX can tow up to 5,000 pounds. 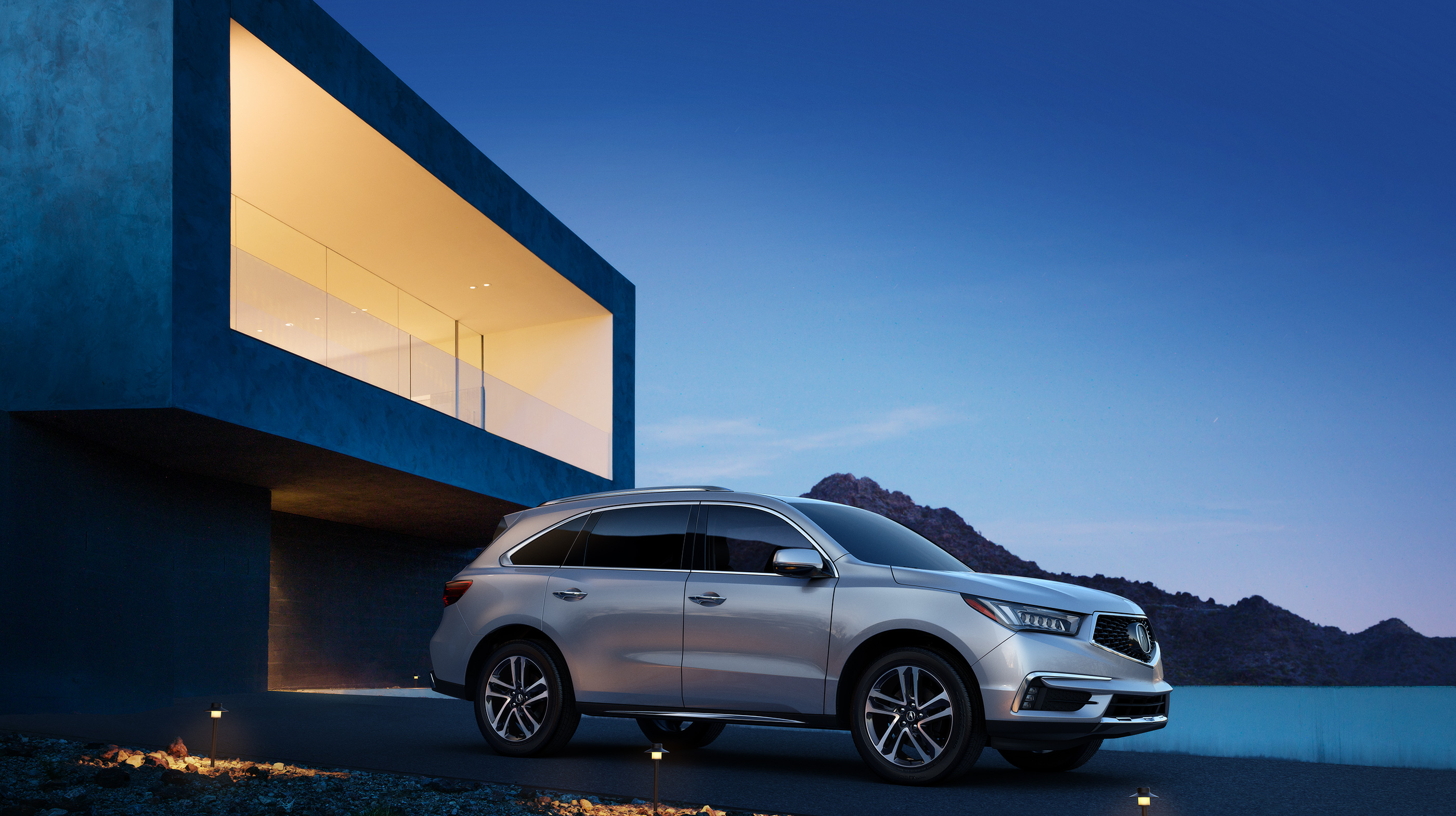 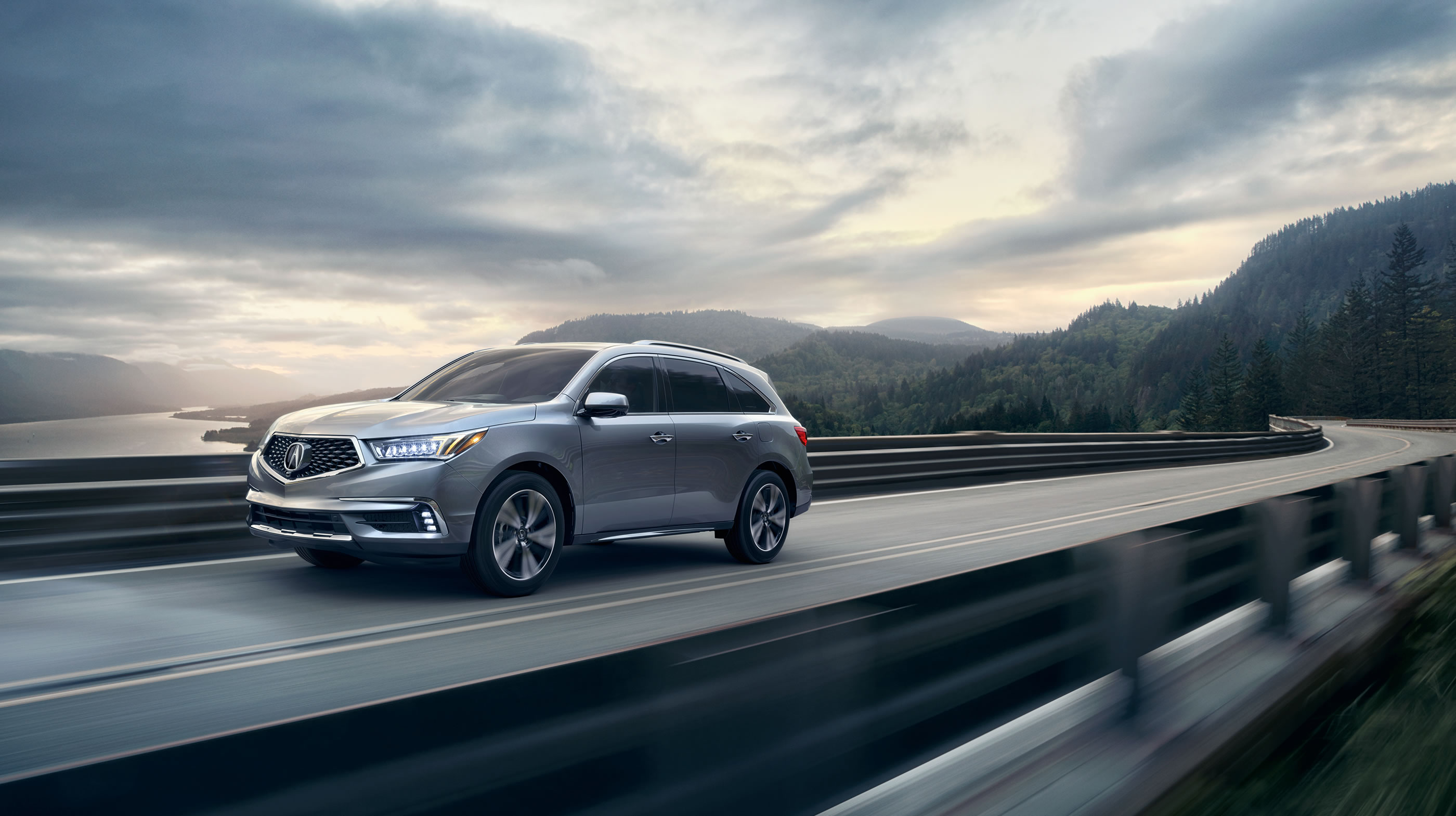 The MDX doesn’t sacrifice fuel economy to achieve its powerful performance and towing capacities. Both the FWD and AWD drivetrains come with an additional choice of adding an automatic stop-start feature when the vehicle is sitting idle at a stop light or other situations, which will improve fuel economy estimates. Here’s a breakdown of the fuel economy of all the drivetrain options:

Inside and out, there are a number of standard and optional features that make the Acura MDX stand out from other vehicles in its class. You’ll find equipment such as: 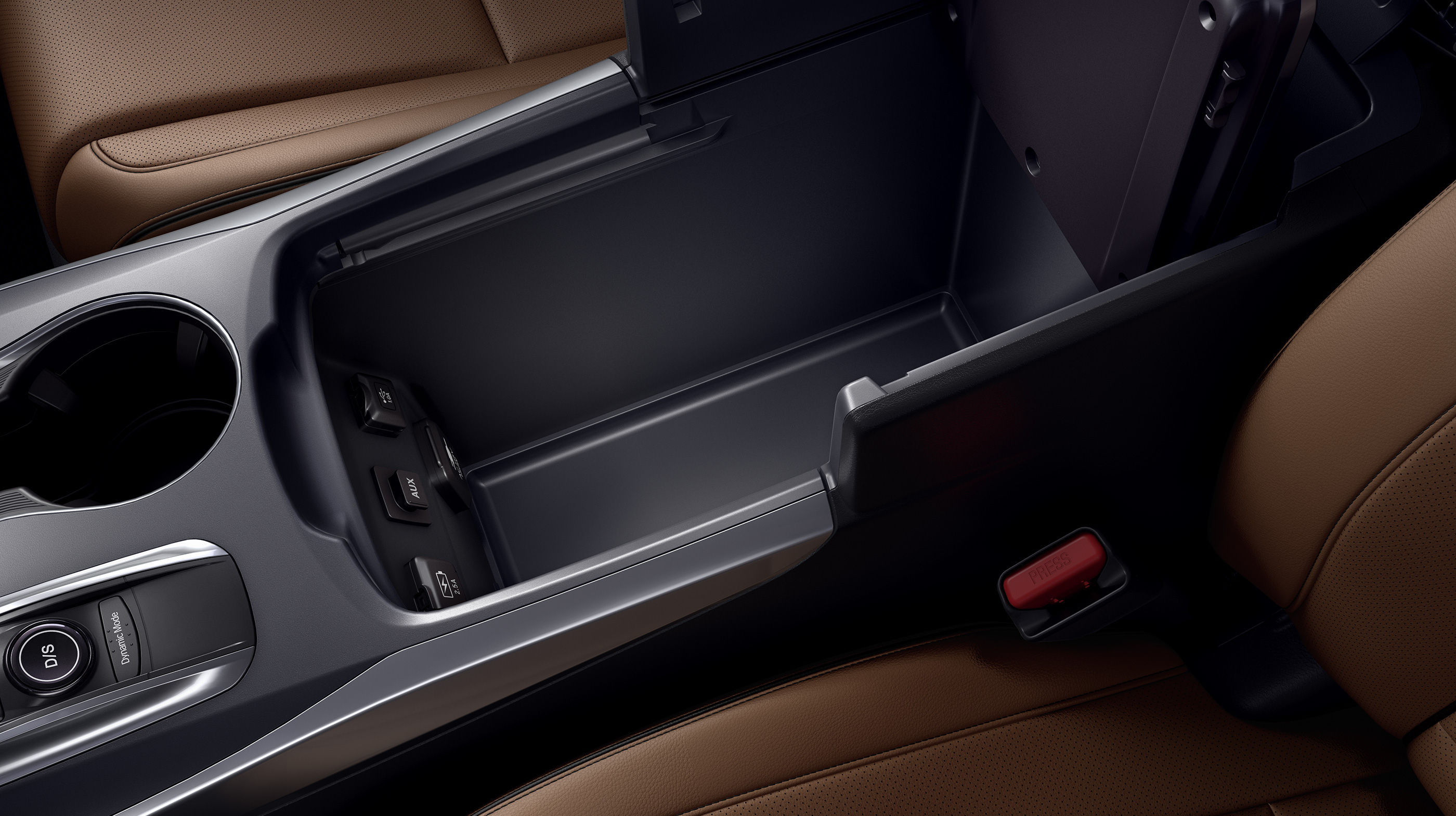 Center Console: Provides enough space for everything you need and keeps smaller items such as phones and other personal items safe and organized with a small separate bin. 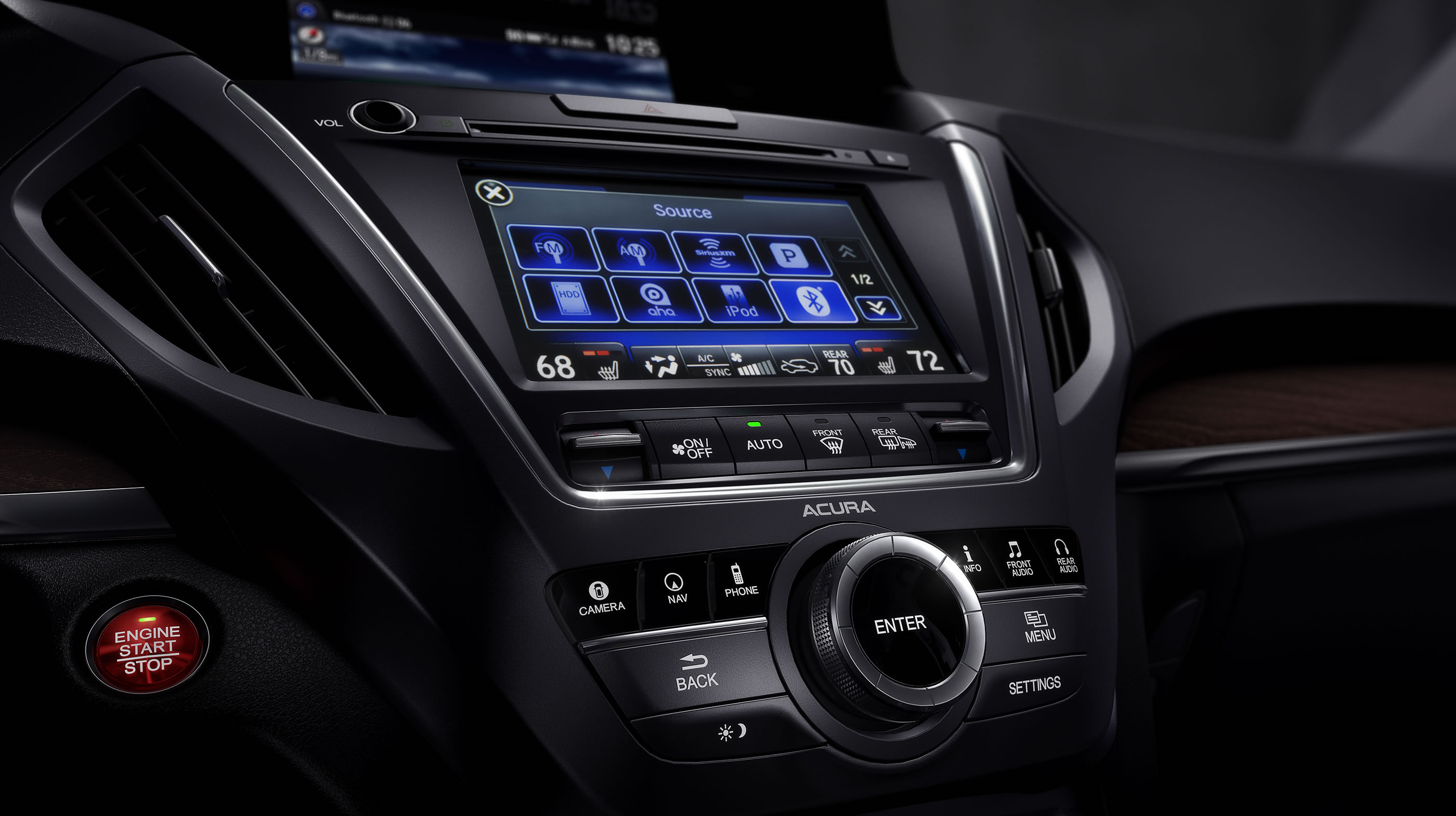 Touchscreen Display: At the driver’s and front passenger’s fingertips is an intuitively designed control panel over climate, audio, and more. 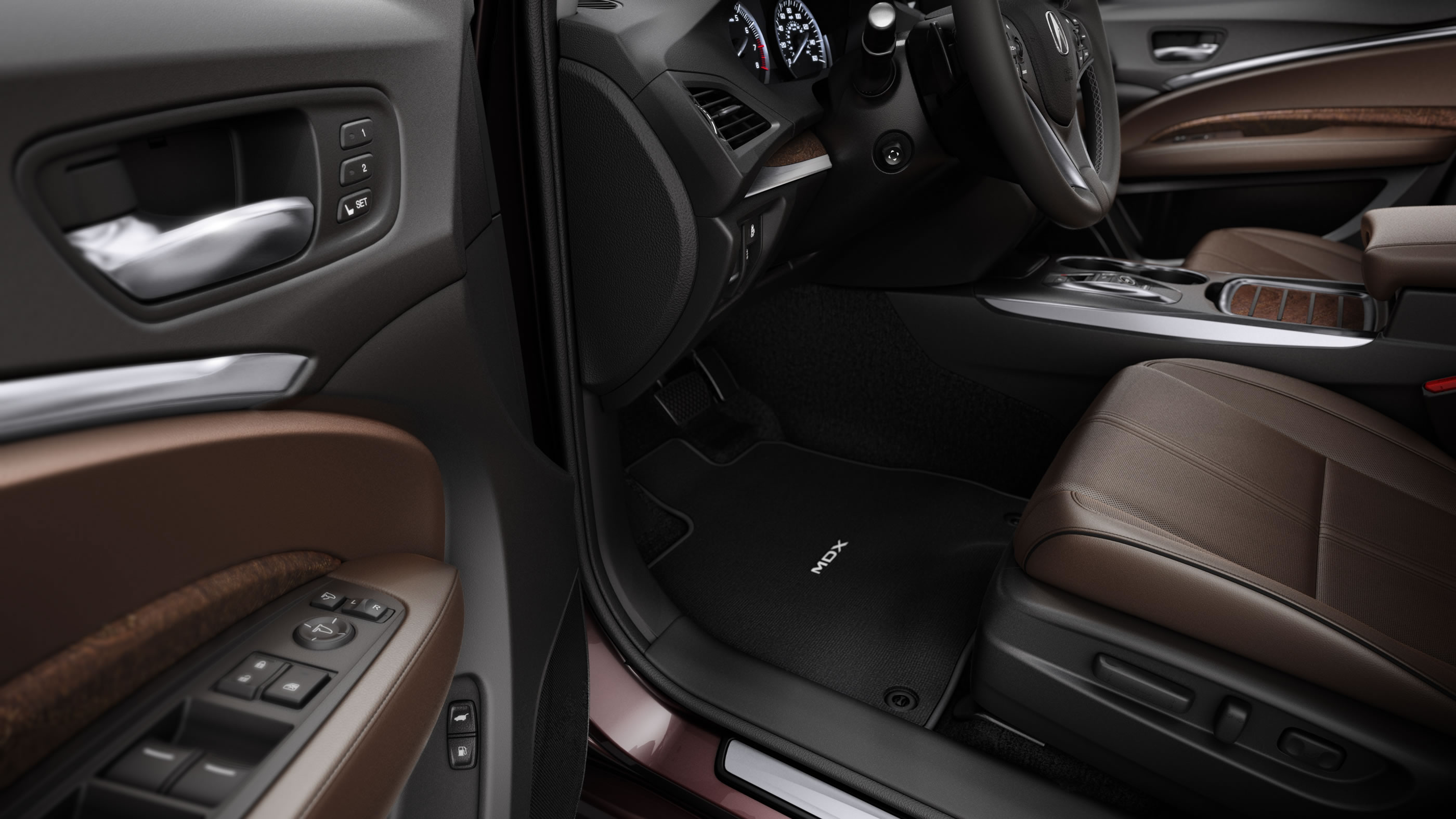 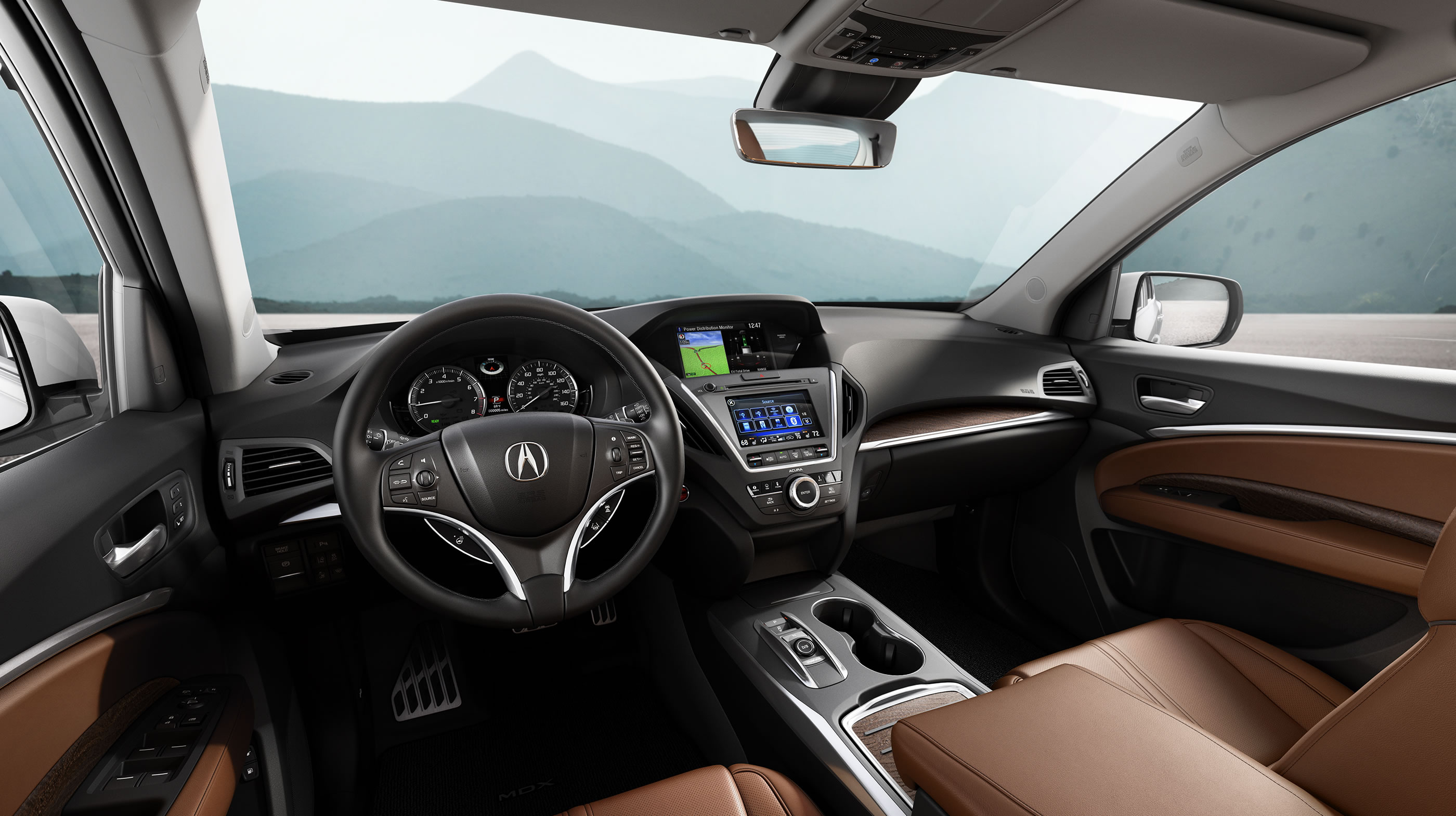 Connectivity: Link and charge your phone easily and conveniently when inside the cabin. iPhones that use Siri have access to Siri Eyes Fee and can receive and respond to text messages without drivers taking their hands off the wheel or eyes off the road. Other smartphone integration allows drivers to access and check e-mails, weather reports, navigation, and more. 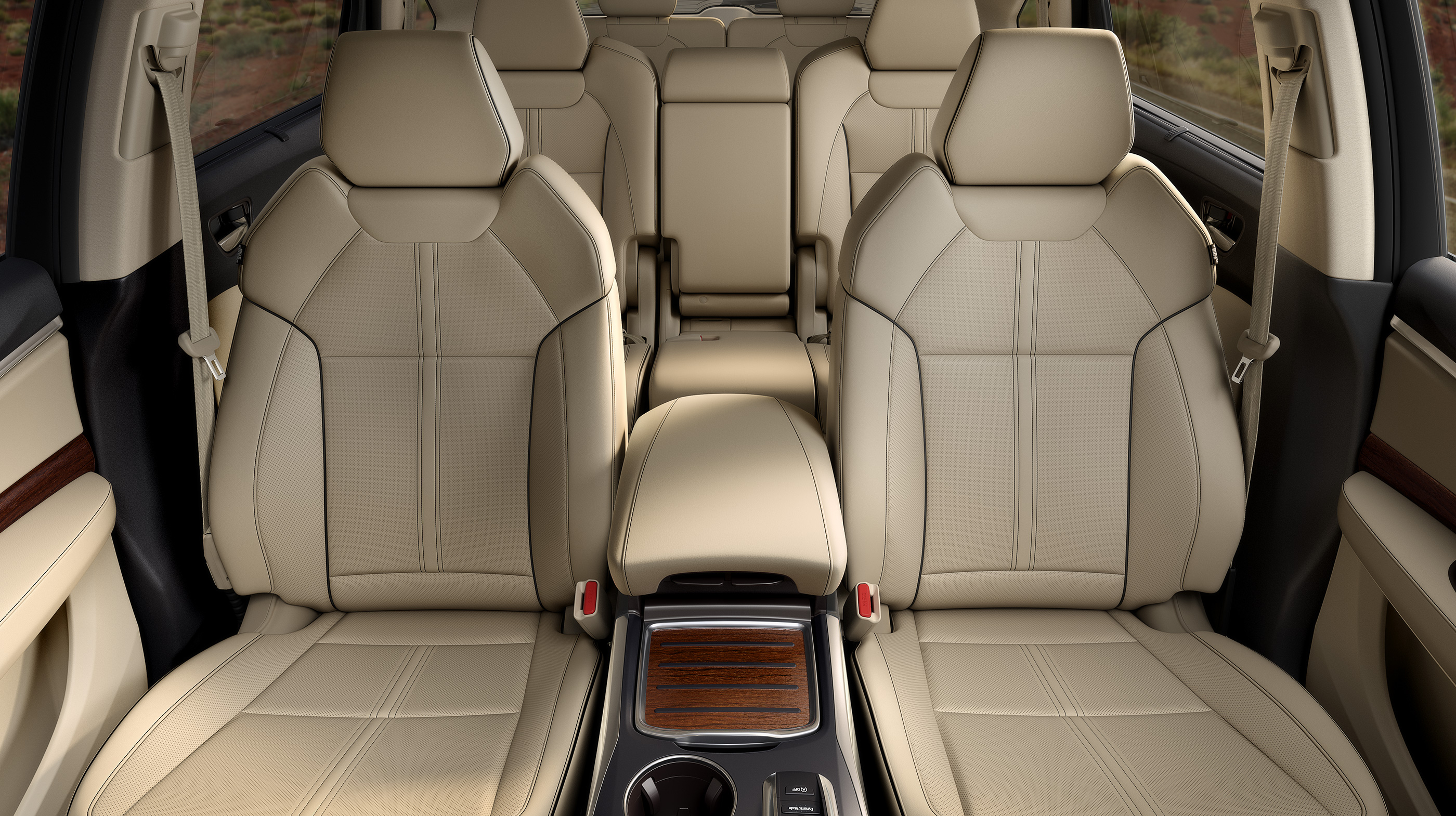 Leather Seats: Coming as a standard feature on all MDX models are luxurious leather seats that have been designed with ergonomics in mind, to give the driver and passengers alike a more intimate connection to the road. 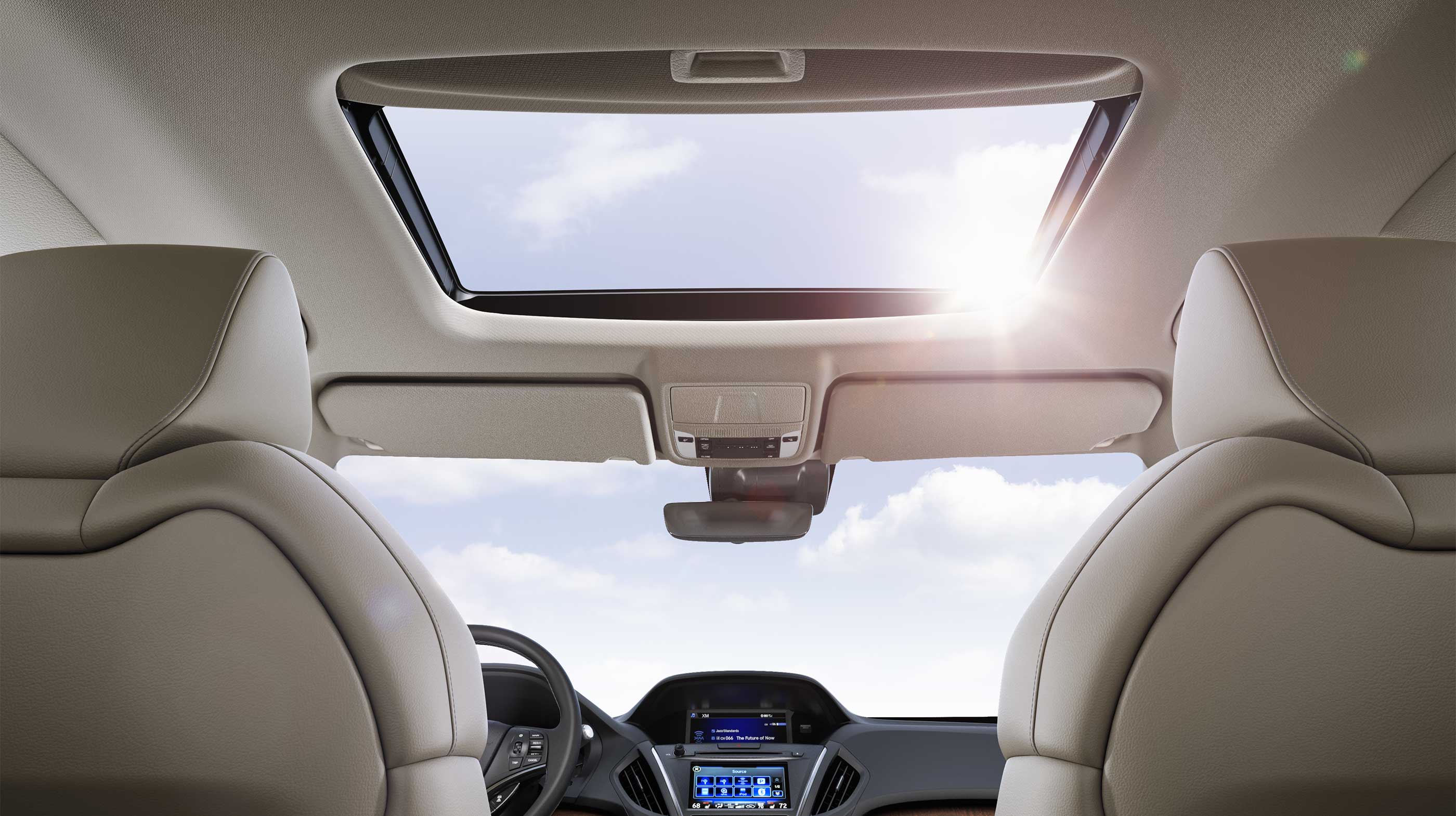 Power Moonroof: Tilt or open all the way to let the wind in your hair. When closed, the glass is tinted to control heat and sunlight. 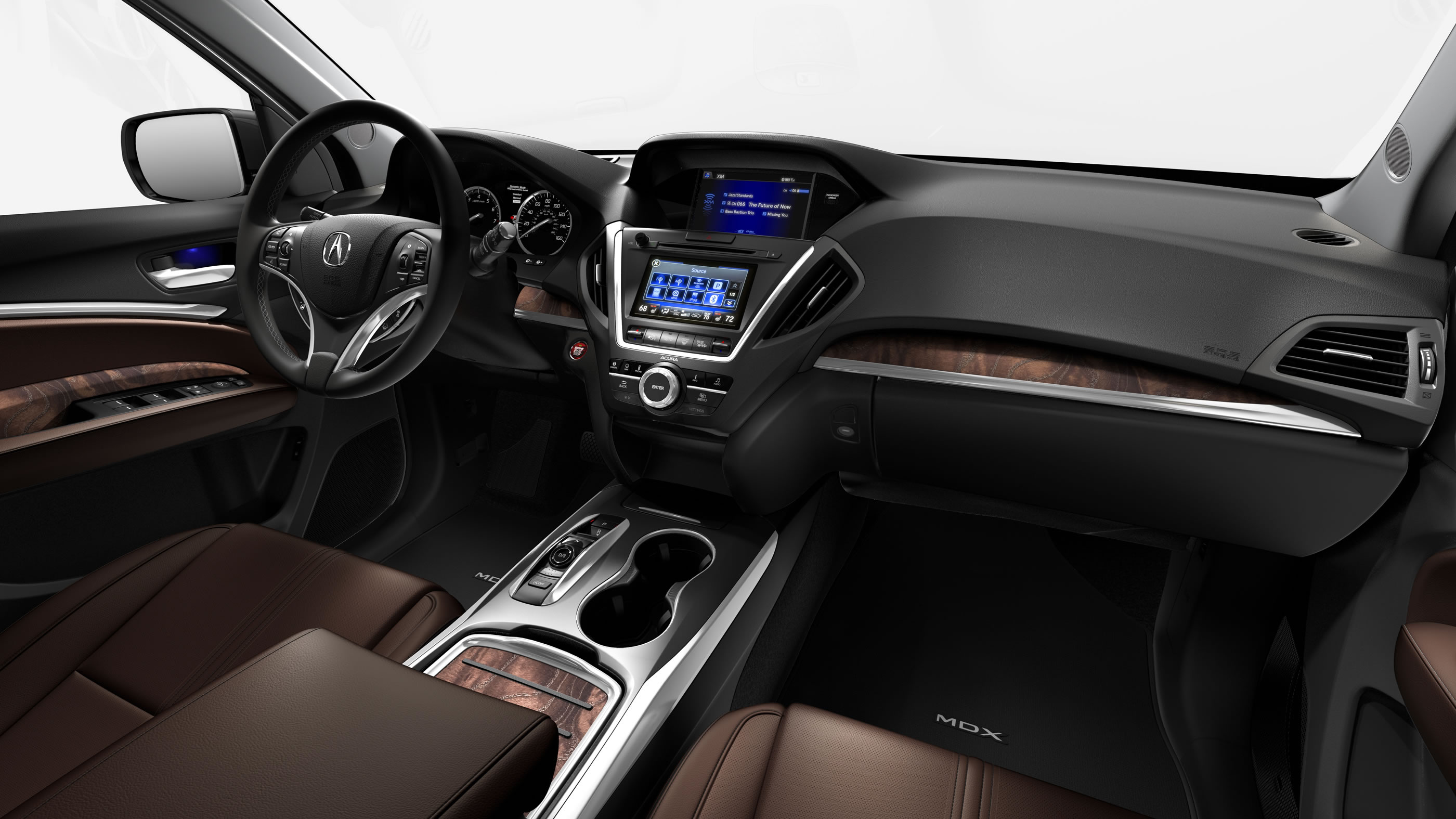 Tri-zone Automatic Climate Control: Three fully adjustable climate zones allow all the passengers to set the temperature that is most comfortable to them. An additional feature option can automatically detect and adjust to the exact angle of the sun’s rays for added comfort and luxury. 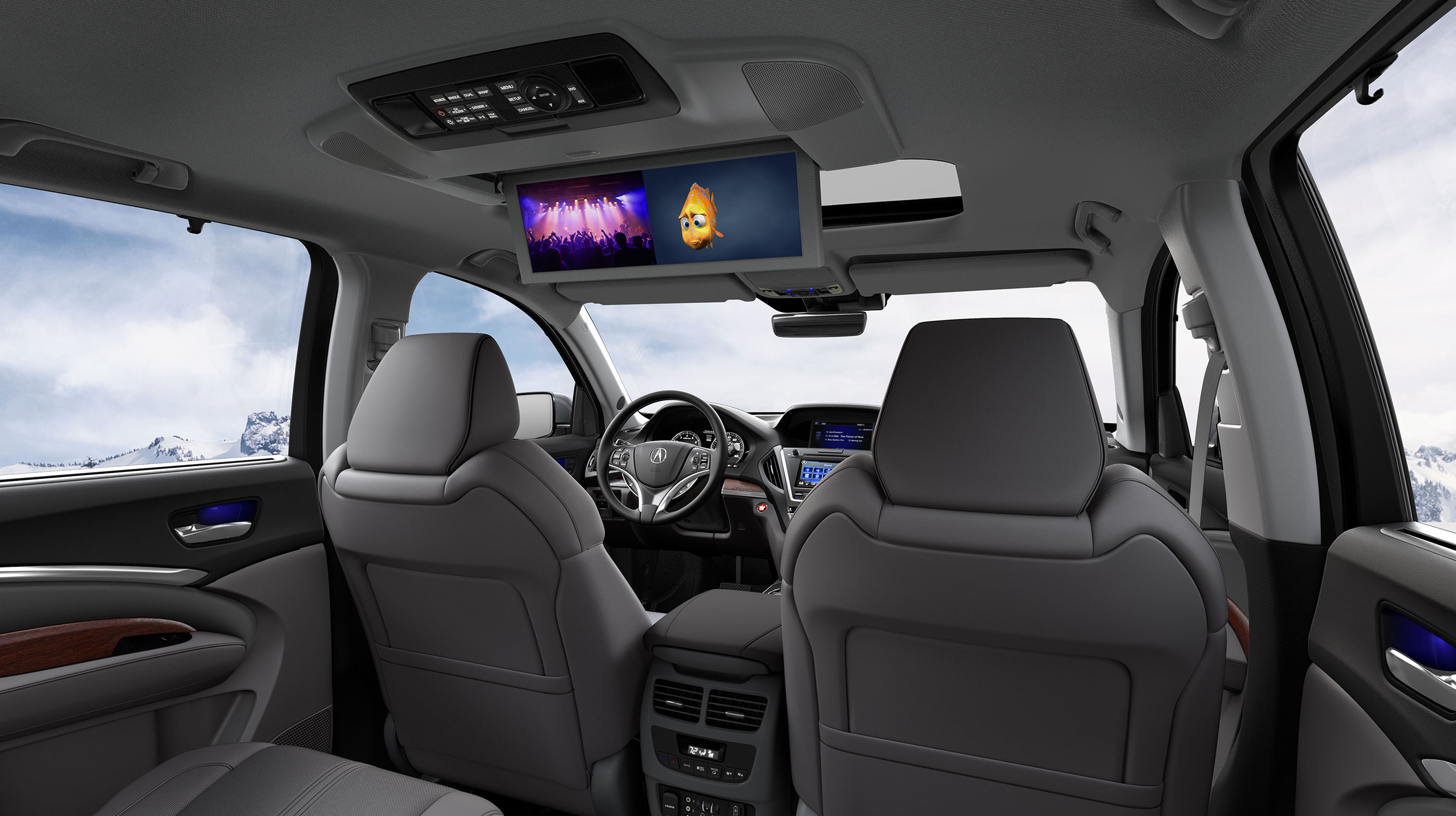 Rear Entertainment System: An available 9-inch screen in the second row comes complete with sun shades for optimum viewing and wireless headphones, and removable ceiling-mounted remote control. Upgrade to an even bigger 16.2-inch screen with a split-screen feature, so if there is a dispute in the backseat about what to watch, everyone can have their way. Connect with an HMDI device, smartphone, Xbox One, and more.

Present in every MDX model is a package of safety and driving features that help drivers drive more safely. Included in AcuraWatch is: 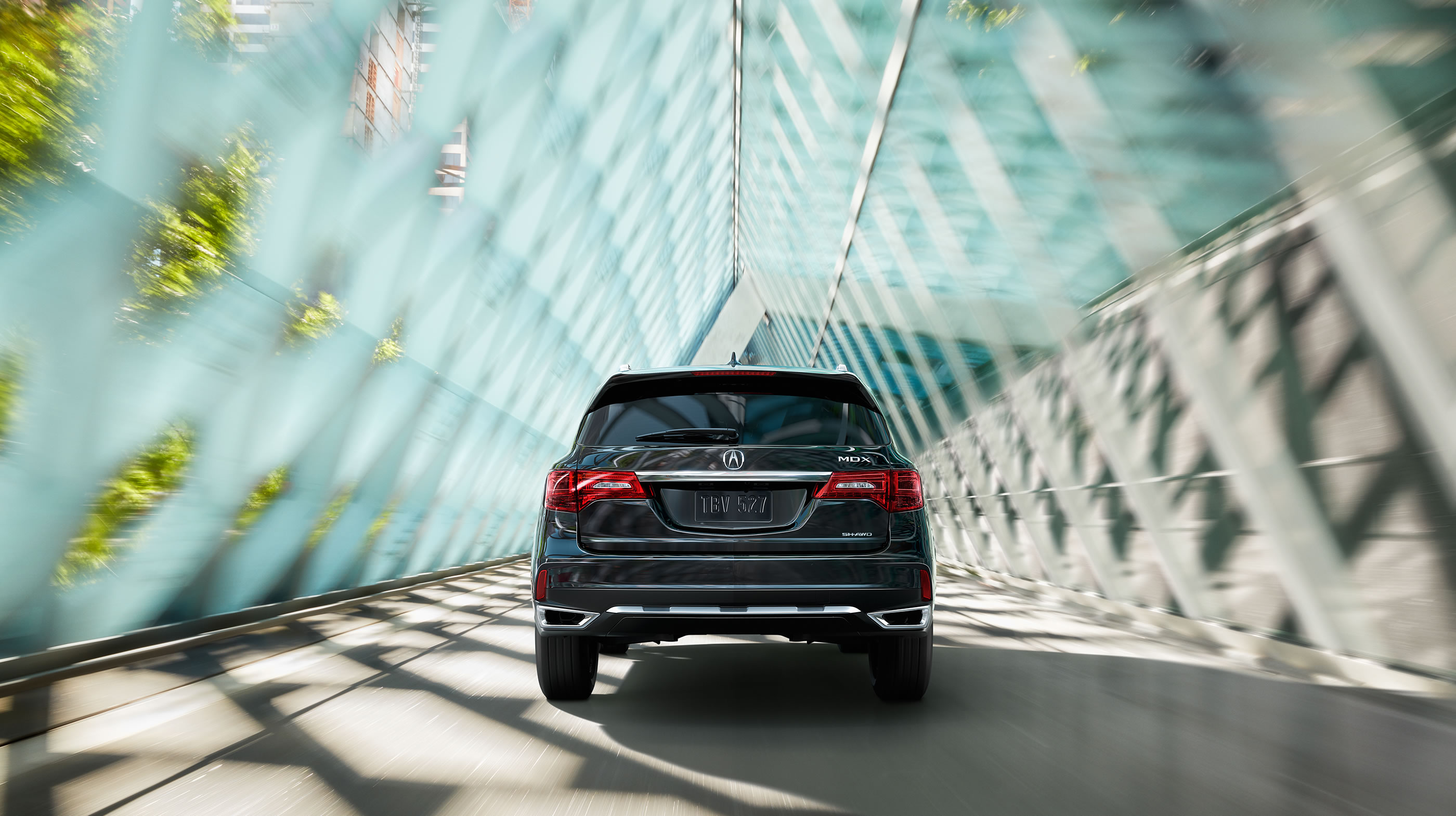 The 2017 Acura MDX offers Wisconsin drivers the cutting edge in power, fuel economy, and technology and entertainment, with luxury, style, and refinement guiding the materials and craftsmanship all the way through. See for yourself everything the Acura MDX has to offer by visiting any Wisconsin Acura Dealer for a test drive.

*Based on 2017 EPA mileage ratings. Use for comparison purposes only. Your actual mileage will vary, depending on how you drive and maintain your vehicle, driving conditions, battery pack age/condition (hybrid only), and other factors.
Search
Find Your Vehicle