The 2016 Acura ILX was built to be both luxurious and affordable, giving young professionals a true luxury sedan that they don’t have to wait until they’re close to retirement age to afford. Upgrades like the Acura-exclusive Jewel Eye LED headlights and interior cabin features put the ILX firmly in place as the entry-level Acura vehicle, bringing advanced tech features, a powerful engine, and a sense of style.

Learn More About the Acura ILX 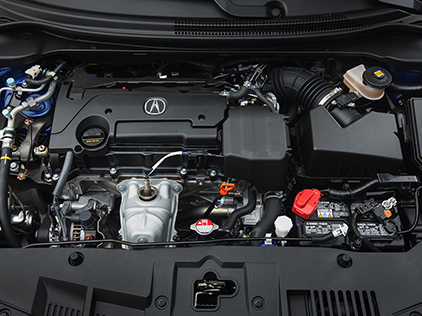 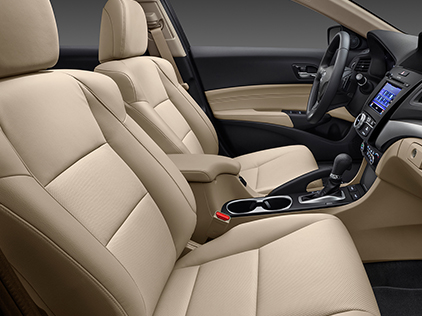 Seating: Heated, power-adjustable front seating helps keep you and your front passenger comfortable, even during Wisconsin winters, and the back seat is spacious enough for three adults. 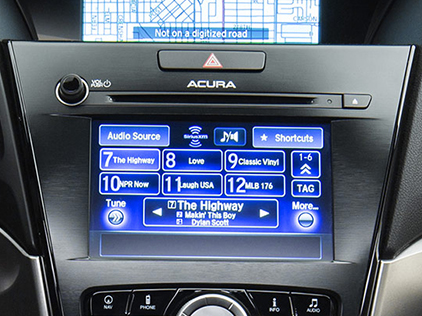 Technology: Each ILX comes standard with features like an in-dash touchscreen interface, Bluetooth for phone and audio, and Siri Eyes Free connectivity, features that many competing brands still require upgrades for. 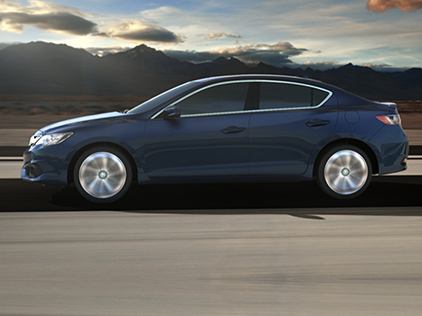 Safety: The ILX has a suite of advanced driver assistance and accident prevention features available in the AcuraWatch Plus package, but even the base model features a multi-angle rearview camera, a frame built for crash safety, and an advanced airbag system.

While the ILX received some updates that have made it a more impressive vehicle, it’s been in the Acura lineup for a little while now. The 2016 Acura TLX, however, is quite new. This is the second model year for the vehicle, and it’s already impressing Wisconsin drivers, replacing the outgoing TL and TSX and taking on all of their competition.

Learn More About the Acura TLX

Here’s a quick look at what makes the TLX excel (and accelerate): 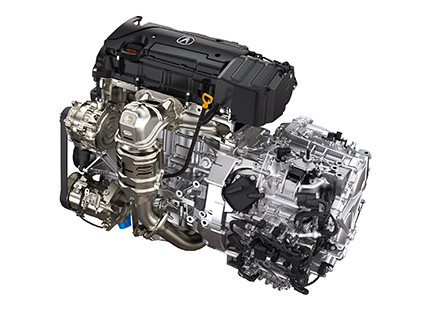 The 2.4L 4-cylinder engine under the hood is standard and delivers 206 hp and 182 lb-ft of torque. Enjoy the smooth shifting of the 8-speed dual-clutch transmission and drive to your heart’s content with the TLX 2.4’s EPA-estimated 35 highway mpg.* 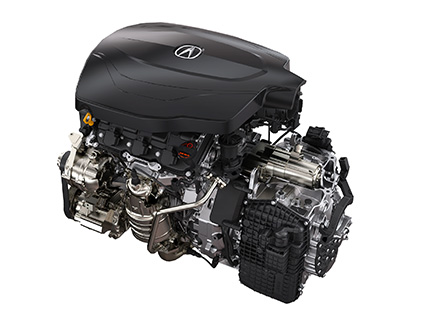 If you need more power, Acura is happy to oblige with a 3.5L V6 engine. Trading out the 8-speed dual-clutch transmission, this engine is paired to a 9-speed automatic, kicks out 290 hp and 267 lb-ft of torque, and earns an EPA-estimated 34 mpg on the highway (for FWD models).* 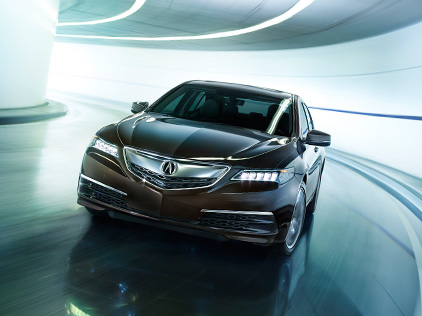 The TLX V6 can be upgraded with Acura’s Super Handling All-Wheel Drive (SH-AWD) system, bringing improved control to the vehicle during both dry and wet conditions.

The TLX includes many of the same amenities as the ILX, giving drivers a multi-view rear camera, a touchscreen interface, Bluetooth for phone and audio, and heated front seating. It also features a sport-oriented interior design and luxurious leather upholstery among its many options.

There are few cars that can truly compare to the 2016 Acura RLX. This luxury sedan comes in its standard model, which includes the Acura Technology Package without requiring any upgrades for it, and the Sport Hybrid SH-AWD model that adds three electric motors to the 3.5L V6 engine to up the power, control, and fuel economy.

Learn More About the Acura RLX 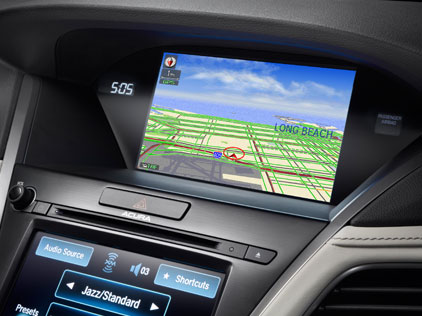 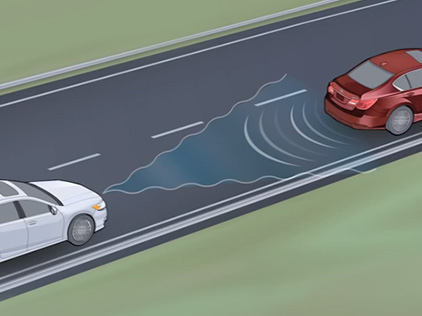 The RLX includes many AcuraWatch safety features as standard, using new technologies to help keep your pace while cruising and alert you to potential accidents before they might happen. 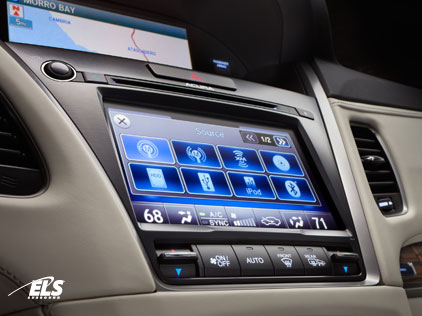 The ELS Premium Stereo System is found on every entry-level RLX and was designed by Grammy Award–winning engineer Elliot Scheiner, bringing the studio-quality listening experience to your drive.

The RLX looks bold from front to back, calling back to classic luxury cars while imbuing their design with a modern sense of style thanks to features like the Jewel Eye LED headlights and the slight curves running the length of the car. Each RLX has a 310-hp V6 engine powering it, capable of 272 lb-ft of torque—drivers opting for the Sport Hybrid will have a combined system power of 377 hp thanks to the added electric motors, and they will enjoy the control of SH-AWD.

The 2017 Acura RDX is just a slightly updated version of the wildly popular 2016 RDX, giving drivers a five-passenger compact crossover that ensures passengers are comfortable and entertained whether running errands or going on a family road trip. And if you need to take the dog to the vet or have a particularly large load of groceries, just fold down part or all of the 60/40-split folding rear seat to expand the cargo area.

Learn More About the Acura RDX 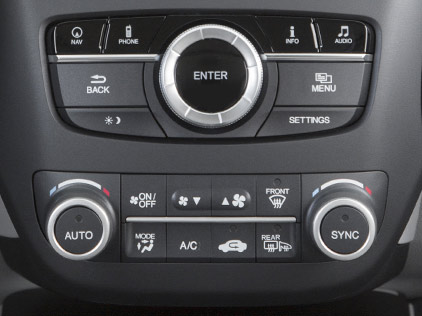 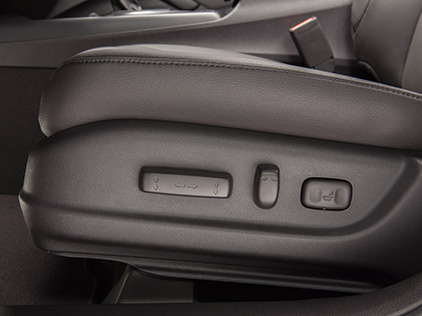 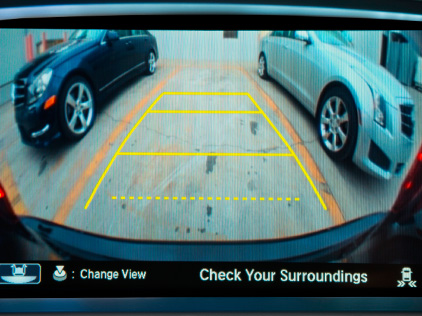 A standard multi-view rear camera gives you three different looks at what’s behind your crossover; just shift into reverse and check the dash to make sure there aren’t any parked cars in a blind spot or any bikes left at the bottom of the driveway.

The RDX is propelled forward by a 3.5L V6 engine with 279 hp and 252 lb-ft of torque, and 2016 RDX FWD models are rated at an EPA-estimated 28 highway and 20 city mpg.** Drivers seeking more control on the road should consider Acura’s Real Time All-Wheel Drive system for improved traction.

There seem to be new luxury crossovers popping up every day, but few of them stand up to the 2016 Acura MDX. For starters, the MDX is one of the few crossovers built with seven-passenger seating in mind from the start; most of its competitors are five-passenger crossovers that can have a third row added, essentially putting rear passengers in the cargo space. The reason? The MDX has outdone its competition so thoroughly that it’s essentially in a class all by itself.

Learn More About the Acura MDX

Standard on each MDX are: 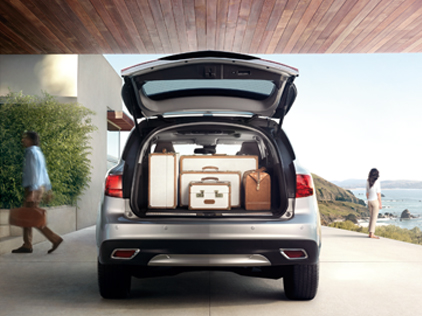 A power tailgate that makes it easy to hold groceries and open up the cargo area without dropping the milk or eggs. 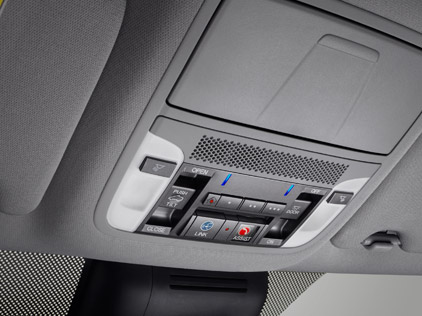 A HomeLink remote that lets the MDX open up your garage door or gate (it has space for three different codes). 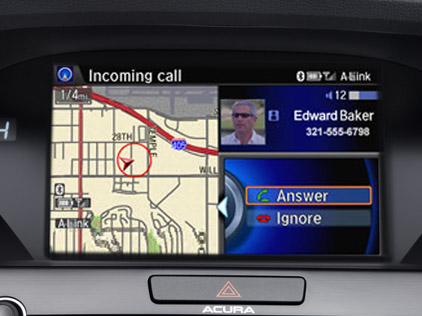 Bluetooth phone and audio connectivity that syncs up devices to the MDX and lets you make hands-free phone calls and stream music from your device or the Internet. 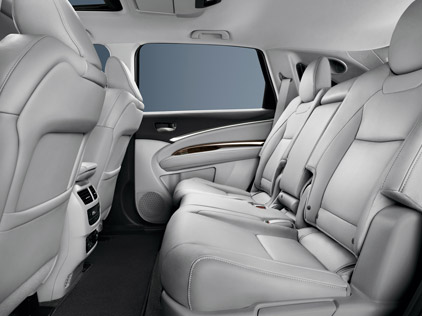 Leather upholstery is standard on the MDX for luxurious style and improved durability and comfort over models that feature only cloth or vinyl upholstery.

Bold exterior design and a spacious interior make the MDX one of our most popular vehicles at Wisconsin Acura Dealers, and the 290-hp 3.5L V6 engine ensures you’ve got enough power when running behind in the morning or towing a boat to the lake. Enjoy added traction and control with Super Handling All-Wheel Drive, available on all MDX models.

The best way to see each of these Acura models is to get behind the wheel and take a test drive; visit a Wisconsin Acura Dealer near you to see some of the top 2016 luxury cars on the market.